How to Overcome Sexual Shame with Sex Positivity 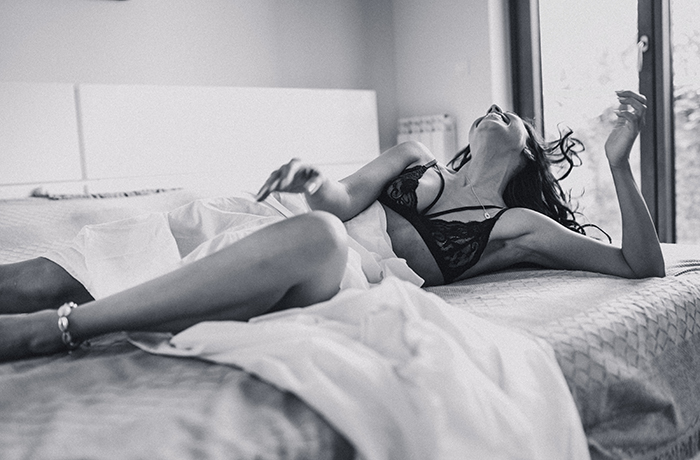 Sexual shame is pleasure’s biggest rival. But at some point on the journey to better sex, self-acceptance, and freedom, you’ll probably have to deal with shame. Even those of us who grew up in a sex-positive household will have internalized messages of shame around our body, our sexuality, or our right to pleasure. This is because shame guides the messaging around sex that we see on TV, hear in our music, and witness in the people closest to us.

If you’ve ever heard anyone being called a whore, you’ve been exposed to shame.

If you’ve witnessed homophobic behavior or language, you’ve been exposed to shame.

If you’ve heard someone being criticized for being overly sexual, or not sexual enough, you know shame.

And there’s a good chance you’ve internalized those messages. They may just be holding you back from truly enjoying yourself.

The good news? With a little awareness and the internet at your disposal, you can unlearn toxic messages and install new ones that actually serve you.

The Consequence Of Shame

Messages of shame create ideas of what we “should be.”

Here’s a life hack: if you ever catch yourself thinking the phrases “should” or “supposed to,” a little alarm should go off in your head. That’s a good sign that you’re being influenced by some kind of negative message.

The truth is, there is no one way you should or shouldn’t feel. There’s no one way to look. No one thing you should want, and no one way to want it. These unrealistic expectations of you are just breeding insecurity, preventing you from authentically expressing yourself.

Sexual shame causes you to have trouble identifying what you like and don’t like. It makes it hard for you to ask for what you want, for fear of rejection. It prevents you from setting proper boundaries. It causes feelings of self-loathing. It sends your orgasms running for the hills.

Can we blame them? Pleasure is about...pleasure! Delight, enjoyment, relaxation, surrender.

Shame and insecurity just don’t have a place.

The Antidote To Shame Is Education

Sex-positivity is the sex education we all desperately needed in our formative years, but most of us never got it. Oh, they tried so hard to put the condom on that banana, didn’t they? And we can’t really blame them; they were just teaching us what they learned.

But you can stop the cycle of shame now. The first thing to get clear on is this: shame has historically been used as a tactic to oppress women and LGBTQ folks. Basically anyone that wasn’t a property-owning, straight, cis, white male needed to be taught sexual shame in order to maintain the status quo.

So let’s get start to get shame out of your system.The time is now.

The process begins with awareness. The more we can notice negative messages, the more choice we have in whether we listen. Then, we can deliberately choose new messaging to replace the old. This is the education part.

And, spoiler alert: it doesn’t happen suddenly. This is a gradual process that you’ll use for the rest of your life.

This is the process of identifying where shame comes from.

Sometimes a lack of any messaging is a message in itself. If your family never talked about sex, what kind of lesson did that teach you about your own sexuality? Often the messages we’re noticing will come from our parents, and it’s important to remember that they were simply repeating the messages that they learned as children.

Other times, messages come from teachers, past lovers, and friends. But don’t be afraid to examine what kind of cultural messages you received as well. Look at movies, books, music, and political or religious beliefs that are present in your life.

Once you identify a few messages, you find you have a choice. Do you want to continue to believe them, or do you want to put them down?

Let this be an ongoing practice in your life. Notice messages when they come up, and see them for what they are: external messages that you can choose to listen to or not.

The next step is to give yourself the sex-positive education that you never got. You can create your own curriculum by choosing books, blogs, or podcasts curated by sex-positive educators and professionals. You can remove sex-negative content from your social media accounts and begin following people who have dedicated their lives to sex-positivity.

Let’s start with what sex-positivity is not.

It embraces the fact that sex serves a very important purpose other than procreation: pleasure. A healthy, satisfying sex life is essential to your physical and mental well being. Sex-positivity recognizes that.

It values consent, boundaries, transparency, and communication. It sees all bodies as capable of being desired and desiring. It makes room for high and low libidos, and the many different forms that a relationship can take.

This attitude counters sex-negative messaging that teaches us to relate to our sexuality with shame and judgement. And surrounding yourself with it may help you experience more sexual freedom.

A Note On Slut-Shaming

Slut-shaming is a sexist tactic used to keep women from owning their sexualities and bodies. A part of your journey from shame to sex-positive badass will be recognizing when this is happening.

Here are some examples of slut-shaming:

Asking a victim of sexual assault what they were wearing. This implies that a choice the victim made led to them being violated, and incorrectly teaches them that they have control over whether or not they’re assaulted, while their assailant does not.

Sending young girls home from school for failing to abide by dress codes that are irrelevant to their education. This sends the message that their bodies have the power to distract boys, while boys have no control over their sexual impulses. It also teaches them that their appearance is more important than their education, and prioritizes the educational needs of their male counterparts.

Criticizing female rappers for making records that celebrate the juiciness of their vulvas, while remaining silent when male rappers consistently produce tracks that fantasize about all kinds of sexual acts, including sexual assault.

The social construct of virginity as something that should be kept pure, hidden, and can be “lost” when a girl is penetrated for the first time.

The common message here is that your body is a sexual object, and it’s only appropriate for others to guide how it’s expressed. It would be inappropriate for you to use it at your discretion.

Don’t Get Discouraged, Get Glad

When you start to notice sex-negative messages in your life, it’s easy to get discouraged, upset, or even overwhelmed by the magnitude of it.

Keep this in mind: the moment you see it, you finally have a choice to listen or not. And this is cause for celebration. So what should you do to celebrate?

We hope you've found this article useful. If you'd like help overcoming sexual shame, make sure to check out this Emjoy collection.