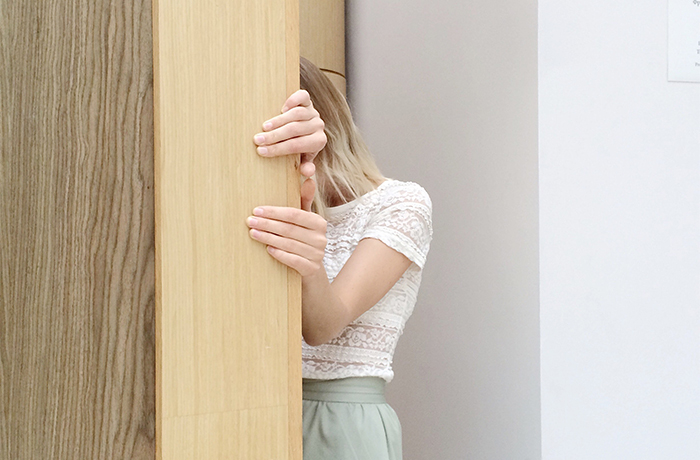 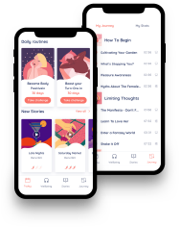 Setting boundaries. Sounds more like a step in therapy than sexual foreplay, right? But setting boundaries is not only healthy - it’s hot. Have you ever had a conversation about what you want, don’t want and what your boundaries are before you have sex with someone? It’s not just for kinky people…. Boundaries can range from “I don’t like anything near my butt” to “You can spank me until I cry but I will never, ever call you Daddy” or “When I’m about to come please call me a dirty little chimney sweep”. Whatever floats your boat! So, where to start?

‍Think of it like foreplay. Before you start rutting*, you talk about what you’re going to do to each other. If you set boundaries at this point, it lets you both relax, because you both know what the other likes and wants. Of course, boundaries can change, and people can change their minds - so don’t think of this as like, signing a contract before you get jiggy with it**. Think of it more like handing each other a roadmap to the Holy Orgasm Grail. Amen, sister.*an English slang word for having sex that we recently discovered and find it so silly and yet hilarious we can’t stop using it. ** we will continue to find ridiculous ways to describe having sex because it makes us laugh, so buckle up.

‍People of all genders have boundaries

‍It’s time we once and for all debunked the myth that guys are always up for sex and that they want to do everything, and that women have to “give in” or “appease” men. Heterosexual relationships are like a minefield of egos and politeness. Public Service Announcement: Men have boundaries too. In fact, all people of all genders have boundaries - so make sure you are both comfortable moving forward. It might be the first time anyone has ever asked you or them what their boundaries are - and what a beautiful moment you will share when you both feel your emotional and physical needs are being taken care of.

‍Consent doesn’t just happen before you have sex. The definition of consensual sex is “enthusiastic” and “continual”. Phrases like “do you like this, or this?”, “do you want to keep going?” and “are you feeling good?” are all great. Yes, people can change their minds during sex - anyone, of any gender, can change their mind and want to stop, or be triggered by something, or lose their erection. Try not to take it as a blow to the ego - but setting boundaries beforehand can help ensure that everyone has the most fun they possibly can.

‍Don’t cross your boundaries to make them happy…

‍… but be ready to push yours

‍Only if you want to, of course. Threesomes can be really great after all, so if there are things you’re curious about but not ready for yet, you can put them in the metaphorical maybe list for future reading. There are lots of things that you won’t know you like until you try - like sharing a fantasy, or using a sex toy together, or trying some role-play. Being a little bit adventurous doesn’t have to be scary. If you’ve set your boundaries, you have more freedom to safely explore.

‍You don’t need to sit opposite each other with notepads and a Monica Gellar-esque military precision to boundary setting. Try opening the conversation with something like “Can we talk about our boundaries first? There are some things I really like and some I don’t. And I really want to make you feel good, so maybe you could tell me what you like and don’t like too.”

‍Sitting opposite a partner and telling them what you will and won’t tolerate (in much kinder terms) is hot. You being powerful and empowered is hot. And if they don’t like it when you set your boundaries… they’re probably a bit of a tosser. Thank u, next!

‍Maybe they aren’t ready to talk that openly about their boundaries. If that’s the case, you can try talking about it while you’re having sex - things like “how would you feel if I did this?” or “would you like it if I did such-and-such?”. In the midst of being aroused, we tend to relax a little, and feel less shy about saying what we like. DON’T try anything without their consent though - because that is just. Not. Cool. And don’t ever pressure anyone into trying anything because you think they’ll like it. In reality, no two people are the same when it comes to having their marbles cracked*.*you’re welcome.

‍Don’t let it slide if they cross your boundaries

‍It’s not okay. Ever. It’s about respect - is your pleasure and happiness as important as theirs? If it is, they will respect your boundaries and find ways that you can make each other have mind-blowing, leg shaking orgasms. If they deliberately cross a boundary, tell ‘em Boy*, Bye. *translation of Boy: any human who crosses your boundaries. Or alien. You never know…

‍BDSM is not an excuse to cross boundaries 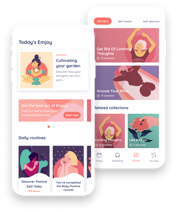 The orgasm gap: facts, figures, and why we need to talk about female pleasure.

We’ve talked about pleasure inequality, but in this article we’re going deeper, with the facts, the figures, and the one thing we need to do to hit the ground running and close the orgasm gap once and for all.

You’ve heard people talk about it. You’ve read a bit about it. Maybe you even know someone who’s done it and enjoyed it.

Virginity is a social construct. It’s a religious and cultural tool used to control women’s bodies and to establish men as the rightful owners of those bodies. It’s a myth that puts images of becoming lost, broken, and defiled at the forefront of our minds.
Get Emjoy App