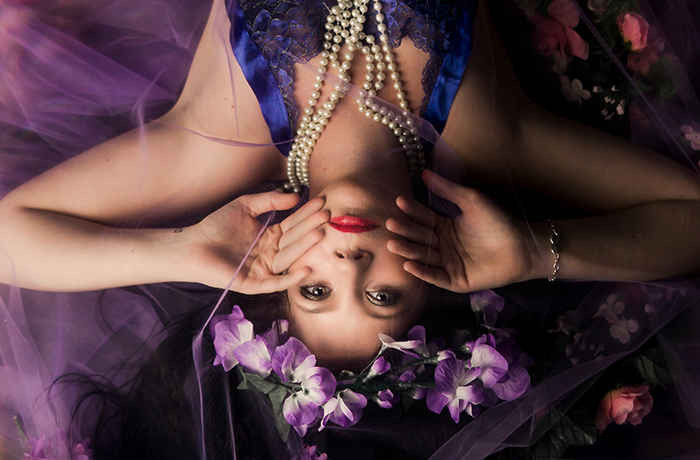 Sexual fantasies. We’ve all had them, or at least heard about them. But how common are they? And what’s considered normal? Should you act on them?

Keep reading to find out what you should know about sexual fantasies and how to make them come to life with role play.

And not only is fantasizing normal, it also has many benefits. Sexual fantasies can help you:

Tap into your desires. Many people fantasize as a way of figuring out what they want out of sexual experiences, to tune into what turns them on.

Make everyday life more exciting. Sometimes we just need a break from the monotony of routine, and escaping reality for a bit with some naughty thoughts helps us do that.

Boost libido naturally. Why turn to pills which haven't been shown to work, when what you need is inside your own head? A little imagination goes a long way in getting you in the mood.

(Re)Connect with your partner. Sharing your innermost thoughts with a trusted partner can help you connect on a deeper level and find each other more appealing.

Spice up your sex life. When we’re in a monogamous relationship, we often become stuck in a routine of predictable sex. It’s like ordering your usual meal at a favorite restaurant – safe and reliable, but sometimes we just need to try (or even just consider) something new and perhaps more pleasurable to our palettes.

Listening to audio erotica is a great way to explore your fantasies. Check out some fantasy stories on the Emjoy app.

There’s no shame in your sexual fantasy.

Many of us grew up in cultures where discussions of even basic sexuality was limited, and talk of sexual fantasy was virtually nonexistent. This is especially true for those of us who grew up in religious households.

As a result of this cultural conditioning, we may feel ashamed when we experience sexual thoughts or feelings. But fantasizing is nothing to feel shame about, despite the strong stigma that may be attached to it.

It’s also important to note that fantasizing is not the same as acting on something. Often, fantasizing can be a psychological coping mechanism – to explore our past experiences or relieve current anxieties.

If you need some help overcoming sexual shame, check out this article written by the Emjoy team.

Though there’s a never-ending list of potential fantasies, sex studies confirm that most of our fantasies fall under a few common themes:

Sex with multiple partners. Why was this fantasy listed as the most common? It could be as simple as the need for attention. The idea of having multiple people focused on you and riveted on your every move can be very appealing.

Rough or dominating sex. This type of fantasy may be a turn-on to those interested in exploring a power relationship that’s outside of the norm for them IRL:  a quiet, introverted person may wish to feel a sense of control or authority; conversely, an outgoing person may wish to let someone else take the reins.

New or adventurous sex. This one likely comes as no surprise; even those of that prefer routine eventually like the thrill that comes with trying something different--whether that be adding new toys in the bedroom or imagining sex in an exotic locale. (Note: if you decide to act out this particular fantasy, make sure it’s legal! Most public places have laws prohibiting sex or indecent exposure.)

Forbidden or illicit sex. The idea of wanting what we can’t have can be simply scandalous – not to mention very arousing! Categories that fall into this theme include voyeurism and exhibitionism. Again, take note here: acting on either of these is likely illegal. Best to keep it in your imagination, or act it out in a safe, secluded space (more on this later).

Romantic and passionate sex. Who doesn’t want to feel adored and appreciated? And we may have unfairly underestimated men’s need for adoration and emotional connection: a 2018 survey showed that men fantasized about being romanticized almost as often as women.

Non-monogamous sex. This includes having sexual relations or relationships with someone other than your partner.

Homoerotic or gender-bending sex. This fantasy allows us to explore aspects of ourselves that may not get expressed – i.e., our masculinity if we identify as female, or vice versa.

You can keep your fantasies to yourself or share them with your partner.

You may be hesitant to share your fantasies for fear that having them means you’re somehow being disloyal to your partner. But, as we mentioned earlier, thinking about something is not the same as acting it out, and mental fantasies are not the same as cheating on your partner or being dishonest. (In fact, they may even improve your relationship!)

If you do decide to share your fantasy or fantasies, decide if you want to progress to acting them out, also known as role playing.

How to get started role playing

Here are some tips to get you started:

Here are some common and popular role play ideas to try:

When does fantasizing become unhealthy?

As we’ve outlined above, engaging in sexual fantasies and role play are normal parts of sexual health that can help with improving desire and arousal.

However, just like other psychological issues, repressed or unaddressed fantasies can lead to a fixation or obsession that can take over our lives. And turning to fantasy regularly as a coping mechanism instead of addressing an underlying issue or behavior (stress, relationship problems) can become problematic. Consider seeing a therapist if this becomes an issue for you.

7 Benefits of Using Lube During Sex

5 Common Fetishes and Kinks to Explore

Want to try something new to expand your sexual repertoire? Then how about spicing up your sex life with these common fetishes and kinks?

Want to have sex that’s (quite literally) hot and steamy? Experience the joys of shower sex with these ten hot tips.