Vulvas, Vaginas, Clits, and Butts: The Definitive Guide To The Female Anatomy 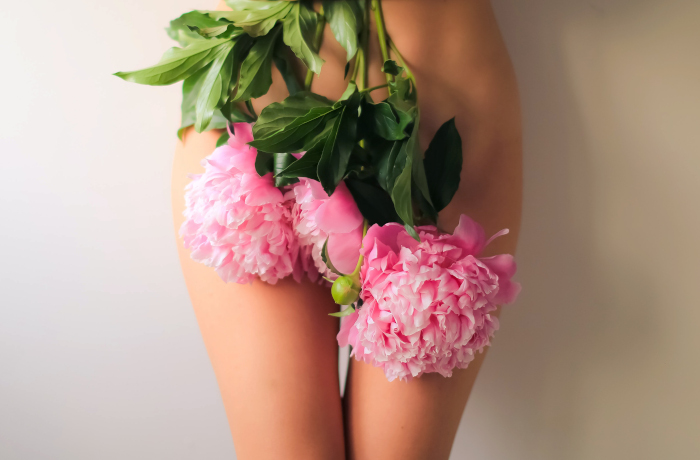 Do you refer to the whole shabang as your vagina? Then this article is for you. Join us on a tour of the vulva and beyond! Please keep your hands and feet to yourselves, but feel free to let your mind run wild as we embark on an adventure to explore the female anatomy.

First thing’s first: what you may be calling your (or your partner’s) “vagina” is technically the “vulva”. This common mistake shows the cultural belief that the vagina is the only sexually relevant organ down there. It’s one consequence of prioritizing male pleasure and vaginal penetration over female pleasure. The vulva, aka the source of female pleasure, has been overlooked, misunderstood, and dismissed as an important part of sex.

But we’re not buying it. There’s so much more to sex than what meets the vagina. Nerve endings are everywhere and opportunities for pleasure abound.

Putting the X in Sex

What we know today as “female” anatomy refers to the sex organs of people who are assigned female at birth. It all starts with the 23rd chromosome: the mother provides the first X chromosome and the father’s sperm delivers either an X or a Y, resulting in either XX (female) or XY (male). An embryo’s sex organs are gender-neutral until 12 weeks when chromosomal makeup and hormone function determines whether that little nub we call the genital tubercle will grow into a clitoris or a penis.

Yes, the clitoris and the penis are basically brother and sister. More on that in a minute.

The most important thing to know about sexual anatomy is that every human starts with the same equipment. Gene function influences what form that equipment decides to take. For example, two outer folds either develop into the labia or fuse to make the scrotum (as seen by the seam running down the middle). Amazing, isn’t it?

As with all genders, every vulva is unique and all are normal. Okay, now that we’ve established that, let’s get clear on what exactly the vulva is, and how to identify everything we’re packing.

“Vulva” refers to the external female sex organs. This includes the outer and inner labia, the clitoris, and the vaginal opening. It’s also a really cool word, so let’s bring it back, shall we?

Find out more in Emjoy's wellbeing collection, 3 Days To Love Your Vulva, and start exploring your own unique vulva. Here’s what else you’ll find down there...

You can also learn more on our blog about the anatomy of the vulva.

The mons is a piece of fatty tissue that covers the pubic bone, and everyone has it. It tends to be more prominent in people with vulvas. It’s also where pubic hair starts to grow.

The outer labia refers to the outer lips that frame the vaginal opening. Curtain call, anyone? They are the protector of your goodies, providing a barrier between the outside world and the more sensitive, internal organs.

Right under the outer labia is another set of lips; this is the inner labia. They’re covered with a layer of mucus, keeping things nice and juicy. Some protrude outward and some just Netflix and chill all day. The inner labia have tons of nerve endings and are much more sensitive than the outer labia.

In pleasure, think of them as the next deep track you discover after the clit.

Also lovingly called “the tip of the iceberg”, we think it’s no coincidence that the clitoral head sits at the peak of the vulva, right where the folds of the outer labia meet, like a sought after pearl.

This translates to mind-blowing pleasure in the right hands (read: yours).

The clit has a hood, just like the penis has a foreskin. It’s a flap of skin that protects that darling pearl, and it usually slides back during arousal.

The clitoral shaft is the section of the clitoris that extends back into the body and splits in two like a wishbone, extending what some refer to as “legs”. In between those legs is erectile tissue that fills with blood during arousal. The clitoris can grow up to double its size.

That’s right, folks, your clit gets a hard-on.

This is the urinary opening, located just above the vaginal opening. It's a very tiny hole that’s often covered by small folds of skin.

Also known as the Bartholin’s glands, this tissue lies on either side of the vaginal opening. It secretes a small amount of lubrication during sex.

The vagina is the fascinating tunnel that leads to the uterus. Ranging from 3 to 6 inches in length, it remains compressed most of the time and then expands in length and width during arousal. The vagina is smart, too: it self-repairs and self-cleans without our help.

The vagina is also home to the artist formerly known as G-spot--now called the G-zone--said to be located just a few inches in on the upper wall. More on that in a minute.

Your cervix is the opening to your uterus, and it remains closed most of the time. Discharge, menstrual blood, and an occasional newborn will pass through it.

During vaginal penetration, the cervix can be stimulated, resulting in a mind-blowing orgasm.

The uterus is about the size of an orange. Each month the cells that line the inner wall thicken, break down, and shed as we shovel chocolate into our mouths.

These long tubes extend out from either side of the uterus to a respective ovary. Their job is to carry eggs from the ovary into the uterus to be fertilized. If the eggs aren’t fertilized, they’re eliminated and absorbed in the tubes.

The ovaries lie on the outskirts of the pelvic region. They hold our eggs and produce those beloved hormones that regulate the menstrual cycle.

Just south of the vulva is the anus, and nerve endings are found here, too--both around and just inside.

What happens during arousal?

The vagina only has so many nerve endings. So it’s not surprising that only about 18% of women can reach orgasm from vaginal penetration alone. For most, the clit is a girls’ real best friend. During arousal, the clitoris swells with blood. The labia deepens in color and becomes engorged too. It’s a dramatic affair.

Often, more blood flow brings lubrication. Moisture enters through the vaginal wall as well as the glands on the inner labia. However, it’s important to remember that wetness does not always mean arousal. And arousal doesn’t always make a vagina wet. All kinds of things can influence whether or not a vagina gets wet like hormones, medication, the menstrual cycle, mental health, and sweat gland function.

The concept that genital response doesn’t always correlate with arousal or desire is called non-concordance. Knowing this, if you’re wondering if your partner is enjoying themselves, just ask!

The famous G-spot was coined by German gynecologist Ernst Gräfenberg in the 1940s. For decades it was known as the rough spot just a few inches in on the upper vaginal wall. But in 2010 a group of researchers concluded that there was no such thing. Instead, these orgasms were a result of the nearby clitoris being stimulated through the vaginal wall.

But a recent study seems to have disproved the clitoral-orgasm theory too. Researchers observed women who had been paralyzed and were unable to be stimulated clitorally. They found that they still experienced sensation in the area we now call the G-zone.

Why is it called the G-zone? Simply because research has shown that it’s not a “spot” or a “button” that can simply be pushed. Rather, it’s an area that varies in size from person to person that involves the vagina, the urethra, and the clitoris.

More research is needed, but that shouldn’t stop you from conducting several at-home experiments. Hey, as long as you enjoy it, what’s in a name?

For all of you aspiring squirters out there, check out our collection Discover Your Body III for more guidance on discovering your own g-zone.

It’s time to put the hymen myth to rest. Physicians are even calling for the medical community to abandon the incorrect use of hymen examinations as a way to indicate whether or not sexual activity has occurred.

The hymen is a small membranous tissue that lines the opening of the vagina. It can look different in different vaginas and not everyone is born with one. A little louder for TI in the back... For women who are born with a hymen, it stretches and wears away over time as a result of being an active, normal person.

It’s not unusual for the vagina to bleed a little the first time you have sex. If there’s not enough lubrication, friction can cause small tears and soreness. Anxiety can make it hard to relax. But the vagina and the hymen are expert self-fixers, so not to worry.

Your Genitals Are Normal

There’s variation in vulvas. There are many different sizes of clits and labia, and all kinds of shades and colors of pink and red.

Life includes variation and this is something to celebrate. The better we understand our bodies, the more likely we are to accept them. So we encourage you to take yourself (or ask your partner to) on your own personal vulv-ic tour and experience the drama first-hand, literally!

If you’re with us and are ready to start exploring and celebrating your own unique body, follow our collection Body Acceptance to give yourself the gift of self-love.

10 Tips for a Clean Vagina and Vulva

Maintaining a clean vagina and vulva should be simple, but there are plenty of mainstream cleaning practices which can do more harm than good. So keep reading to learn the dos and don’ts of vaginal hygiene.

How to Enjoy Sex After Menopause: 5 Tips for a Better Sex Life