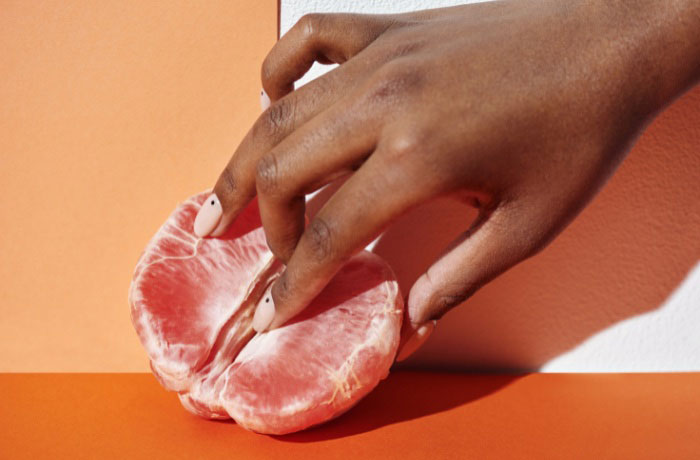 Who doesn’t love a magic button? I mean c’mon, microwaves anyone? And with female pleasure being the elusive creature it is, the 80s will always be remembered as the moment we discovered that there was a spot just inside the vagina that, for some, could be pressed to make us see stars. Say hello to the G-spot!

That’s a little over 10 years after microwaves turned into a household staple, by the way.

The science was impressive and it explained a LOT. When sex researcher Beverly Whipple’s research confirmed that yes, there is a G-spot and yes–it can make you ejaculate, squirters everywhere thanked her for validating their experiences. It was a relief to know that their bladder wasn’t out of control, and those stars they had been seeing were indeed stars.

But as it turns out, what’s going on in that mind-blowing moment is more nuanced than just pressing a button. And what we once knew as the G-spot has been renamed the G-zone or the G-region.‍

From G-Spot To G-Zone: A Brief History

Language matters. If we want to normalize female pleasure, (spoiler alert: we very much do), then the words we use to describe our experience matter. When those brave researchers unearth new information about what’s going on in the body during arousal, we need to be ready to relearn old information.

It's with this enthusiasm for new information that we’re throwing out the G-spot and introducing the G-zone. To understand how we got here, let’s look at the history of the most talked-about erogenous zone in town.‍

The term “G-spot” was named after German gynecologist Ernst Gräfenberg. He was one of the rare doctors who took an interest in female pleasure and published an article indicating that there was a zone in the vagina of significance. He also observed what we know today as female ejaculate. It wasn’t until the 1980s that Beverly Whipple, after arriving at her own suspicions of a spot, found Gräfenberg's work and began her research. She coined the term “G-spot” to describe an area you can feel through the anterior wall of the vagina.

The rest is history. People with vaginas immediately went hunting for treasure and some found it, while others found, well, discomfort. ‍

Dr. Barry Komisurak has also made some groundbreaking discoveries through his work on nerve pathways. His work shows us that the clitoris, the vagina, and the cervix all use “differential routes of entry into the brain”.

Here’s the interesting part: Whipple and Komisurak actually studied women whose spinal cords had been severed and couldn’t be stimulated clitorally. They were still able to experience orgasm through vaginal stimulation, a moment of discovery that was not only groundbreaking but emotional for both the participants and the researchers.

Komisurak has become increasingly interested in the vagus nerve, the longest and most complex cranial nerve. It runs from the brain through the face and all the way down to the abdomen. And, according to research done by Komisurak, it also reaches what is medically called the CUV.

But we just call it the G-zone or the G-region.‍

The clitourethrovaginal complex (say that three times while you’re feeling for it) is the area where the clitoris, the urethra, and the vagina intersect. It’s the reason that we know today that the G-spot is not a spot. It’s not a magic button. It’s actually an intersection of three different sex organs.

Why is this important? Well, as it turns out, not everyone finds this area to be pleasurable. And there’s variation in location and feeling. One size does not fit all. The G zone is actually just another erogenous zone, and you have many of them. So don’t fixate on it, unless you’re getting pleasure from it. If it’s not for you, move on. There are so many others to explore. ‍

Vaginal orgasms are now believed to be a result of the stimulation of these three parts: clit, vagina, and urethra and they just happen to magically meet in this one zone. ‍

Now that we’ve got our facts straight, let’s explore a little. If you’d prefer to be guided with an audio session, just head to the Emjoy app and check out the session “G-Zone Exploration” in the Discover Your Body IV collection.

How Do You Find The G-Zone?

‍The G-zone is generally located 2-5 centimeters from the vaginal opening on the upper vaginal wall, though this can vary. Sometimes it’s a little more to the left or right. It can be a little tough to find on your own, but a toy or a partner can help.

The G zone is a bit of a Cheshire cat. Get yourself turned on, and it just may appear. So before you set off on your conquest, spend some time getting in the mood. Maybe you explore other erogenous zones first.

Using your fingers, a toy, or a partner's fingers, feel the four vaginal walls right at the opening. Pay attention to what feels good, neutral, or uncomfortable. Stay relaxed and don’t forget to touch the rest of your body.‍

The G-zone can feel a little different from the rest of the vaginal wall. Some describe it as sponge-like, bumpy, or rougher than the rest of the wall. One of the most common sensations from touching the G zone is the urge to pee. This can be a little startling. If this happens to you, take it slow and keep touching other pleasure zones on your body to stay in the mood.

For some people, the G-spot feels like...nothing. And that’s okay. This is one erogenous zone and like other zones, it isn't everyone’s sweet spot.‍

What Does The G-Zone Do?

The Artist Formerly Known As G-Spot

Remember: the G-zone is one erogenous zone, and you have many. Look at it as an exciting new path to explore; not THE path. The important thing is that you’re experiencing pleasure, whatever that may be. You can feel pleasure in you nipples, your ears, your fingers, your labia, your butt cheeks, your clit, or the G-zone. It’s not about where. It’s about what. ‍

Speaking of paths, you now know that the G-zone is a busy intersection connected to a specific pleasure pathway and not a “reheat” button–no shade to the microwave. It needs to be coaxed, and you’ll want to involve the rest of your body in your G-zone experience.

So dive in, or not! The rest is up to you. For more ideas for female pleasure, don't miss How to Touch Yourself: 10 Sex Techniques for Female Orgasm.

Studies suggest that anorgasmia (persistent difficulties orgasming) affects between 11 to 41% of women worldwide.