Am I A People Pleaser? 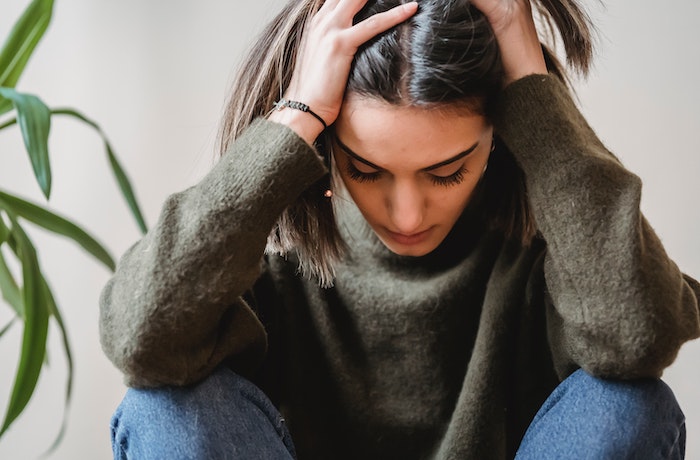 Would you or others describe yourself as a people pleaser? Read on to find out the signs of people pleasing and some of the motivations behind these behaviors.

Because of the way we’re socialized, women often exhibit more people pleasing behaviors than men. In fact, it’s often praised as a virtue. Just think about the number of times you’ve heard admiring comments like “She’s sacrificed everything for her children”, “She always puts others before herself”, or “Ask her, she’ll do it. She’s always so nice”. You may even catch yourself saying things like “You know me, I aim to please” or “I just want everyone to be happy.”

But while you might consider being a people pleaser a good thing, frequently or always taking on the energetic, emotional, time-based or financial burden so someone else doesn't have to can be incredibly draining. That’s why if you’re a people pleaser you might feel:

People pleasing can show up in all areas of your life, including at work, with your friends, family and romantic relationships and can show up in more than one place.

To help you identify if you’re a people pleaser, ask yourself honestly if you engage in any of the following behaviors:

You interpret honesty and direct communication as conflict

This can lead you to avoid any communication you believe to be conflictual. For example, you might accept an invitation to a party that you don’t actually want to go to, just to avoid hurting someone’s feelings. You might avoid setting healthy boundaries by not asking your parents to call before dropping by. Or you might avoid asking the waiter to change your meal even though there’s a problem with it, to avoid “causing a scene” or being “confrontational”.

When you’re a people pleaser you tend to feel especially sensitive when people don’t go out of their way to help you in the same way or to the same level that you do for them. For example, you might feel hurt or rejected if a friend tells you they’re not available to help you with something or if someone cancels their social plans with you.

After all, when you give so much of yourself in an attempt to gain favor with others, it’s easy to feel disappointed, deflated and rejected when they don’t return the same level of effort to you.

You don’t speak up when people take advantage of you

If you’re a people pleaser, you might find that the people around you continually take advantage of you or disrespect your time, and you don’t discuss it with them. Instead, you just absorb the emotional load and keep going.

For example, you might have a friend that always cancels on you or shows up late, a manager who always expects you to take on extra work, or a sister who always assumes that you can take care of her children without asking. Instead of telling them no, that you don’t have the time, or that you just don’t want to, you end up going along with their expectations so as not to hurt or disappoint them and in the hopes they will keep liking you.

This could look like volunteering to do more than you have the capacity to do on a work project, offering to drive over to see your friend again even though you’ve made the effort to drive to them the last three times, or paying for the whole meal instead of letting your friend split.

Where do people pleasing behaviors come from?

These people pleasing behaviors are driven by the fear that you aren’t worthy of being loved or liked by others unless you’re constantly proving yourself to them. You might pride yourself on being known as an overly nice, generous and giving person, but secretly feel burnt out and frustrated about how much time and energy you’re giving, and feel the acknowledgement you get in return is never enough.

You can stop being a people pleaser

Fortunately, there are steps you can take to rein in people pleasing behaviors and start living a happier and more fulfilled life, with more energy for your own dreams, desires and passions.

Find out how to release people pleasing behaviors and start pleasing yourself with Emjoy’s Stop People Pleasing audio collection.

5 Self-Love Habits to Boost your Health, Happiness and Self-Esteem

Give yourself some more TLC with these five self-love habits to improve your health, happiness and self-esteem.

What’s Emotional Regulation and How Can You Develop it?

What’s emotional regulation, why is it important and how can you develop it? Read on to find out and learn some simple and effective techniques to act in a more calm and dignified way.