Just a girl? Your Guide to (some) Terms for Gender and Sexuality 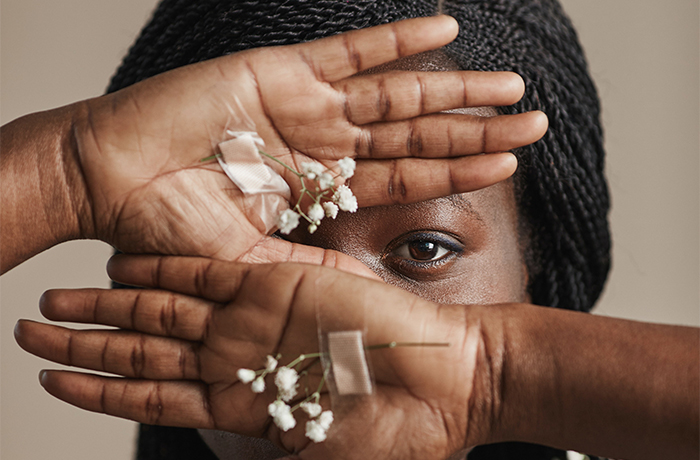 One of the first things you need to know about referring to someone with the right pronouns is that you should never assume - but if you get it wrong, it’s okay, it happens. Deliberately getting it wrong is not okay. Whatever their gender identity, a person who is frequently misgendered or referred to with the wrong pronouns would probably prefer for you to (politely) ask rather than assume. But this is different for everyone. Also remember that asking someone for their pronouns might unintentionally “out” them. If you’re in a group, maybe you can ask a friend of theirs what pronouns to use - or listen to how they refer to themselves. Whatever the case, isn’t it always better to make someone feel good, than not try at all? Often, those who are gender-fluid or non-binary use the gender-neutral terms “they” and “them”. Some people use “ze” or “zey” too. You can also add an x, for example in womxn, Latinx, humxn.

“Queer” has been through a lot. From being a derogative a few decades ago, it’s now a word that encompasses pretty much anything that you want it to encompass. For many, queer is a way of being. It doesn’t reflect a sexual choice, but rather, an outsider-ness from the hegemonic, binary culture we live in. Being “queer” doesn’t mean someone is necessarily gay, but they probably aren’t straight. “Queer culture” embodies everything from being gay, bi or a lesbian, to being pansexual, polyamorous or gender non-conforming. Queer is being anything and everything you want, without the limits of a dichotomous “straight” or “gay” narrative. Check out Queer Eye for more insights, but be ready to cry your eyes out, it's phenomenal.

Many would argue that gender is all performance. The concept of being non-binary or gender fluid is a desire to explore gender identities and expressions outside of the dichotomous “male/female” world we live in. Famous examples include David Bowie, Peaches, Ezra Miller, Jill Soloway or Prince. What purpose does a stereotype (the alpha male, the weak woman) or cliché serve? Why do men have to be strong and women emotional? It isn’t science - it’s social conditioning, and non-binary folks are making a conscious effort to confront it. Isn’t that the most powerful, brave and political thing you could ever do?

Transsexual usually refers to someone who has transitioned from one sex to another. Transgender refers to a person who feels that their genitalia or their assigned gender at birth does not match with the gender they feel they are. You can be transgender or transexual and use any pronouns, including “they” and “them” - it’s not always the case that someone transitions from being ‘he’ to ‘she’ or vice versa. For incredibly articulate and insightful discussion on being trans (as well as a world of other subjects), check out Shon Faye, Laverne Cox and Buck Angel. Being trans makes people vulnerable to violence - whether that is being forced to use a bathroom that doesn’t fit with their gender identity, or being murdered at one of the highest rates within minority communities. Check out the award-winning “Tangerine” film shot totally on iPhone that features two of the best performances ever committed to camera.

If you're interested in this topic, make sure to listen to Emjoy's Trans and Non-Binary wellbeing collection, where we explore the social concept of gender and the difference between sex, identity and expression.

“Passing” is used to refer to when someone who is transgender, transexual or in drag “passes” as the gender with which they identify, essentially, that when they walk down the street, another person looks at them and assumes they are the gender that they identify as.

Cis-gendered refers to people who identify with the gender identity that they've been given at birth.

Three isn’t necessarily a crowd… as we move beyond the concept of a woman needing to marry in order to secure her finances and keep the bloodline going, more and more people are rejecting not just the idea of happily-ever-after consisting of babies and marriage, but moving towards living sexually and emotionally freer and fuller lives. There are different ways to explore this however, which is where all the different terms come in. Open relationships usually refer to a couple who have sex with other people. Polyamorous people want to have intimate relationships with multiple people. Non-monogamous people tend to reject the idea of monogamy and fluctuate between having open-relationships or being polyamorous. Swingers are couples who like having sex with other couples - whether that is all together, or in a kind of “swap” situation.

Kinky people enjoy sex that is a little taboo or unusual. In reality, we all have kinks. Having “a thing” for men with beards is actually just a beard fetish - otherwise known as a kink. In the kink world, people refer to those who don’t engage in kink as “vanilla”.

Drag! How much we love drag. You can be a Drag King (a woman dressed as a man) or a Drag Queen (a man dressed as a woman). Drag is political, it is artistic, it is everything you imagine and more. Drag is not just Ru Paul. Drag has been around longer than you think and it will continue until the end of time because it will always have something to say. Generally, people who perform drag are making a comment upon gender - they are messing with your conceptions of how you see their gender identity. Drag was underground for a long time - watch the incredible, heartbreaking, inspiring, beautiful documentary “Paris is Burning” to see where Vogueing and an exploration of gender performance takes some of its roots.

Lesbian, Gay, Bisexual, Trans, Queer, Intersex, Asexual and more. Intersex refers to folk whose genitalia have several variations in gender characteristics, i.e. having gonads as well as a vulva, etc. and Asexual folk are those who are less sexual, or completely uninterested in sex. The "+" is to signal that anyone who identifies out of these labels is still included. Because the future is inclusive!

‍Disagree with anything? Are there any terms that you want us to explore and talk about? Let us know! We always want to do and be better. With love from your queer, pansexual, and polyamorous friends at Emjoy.