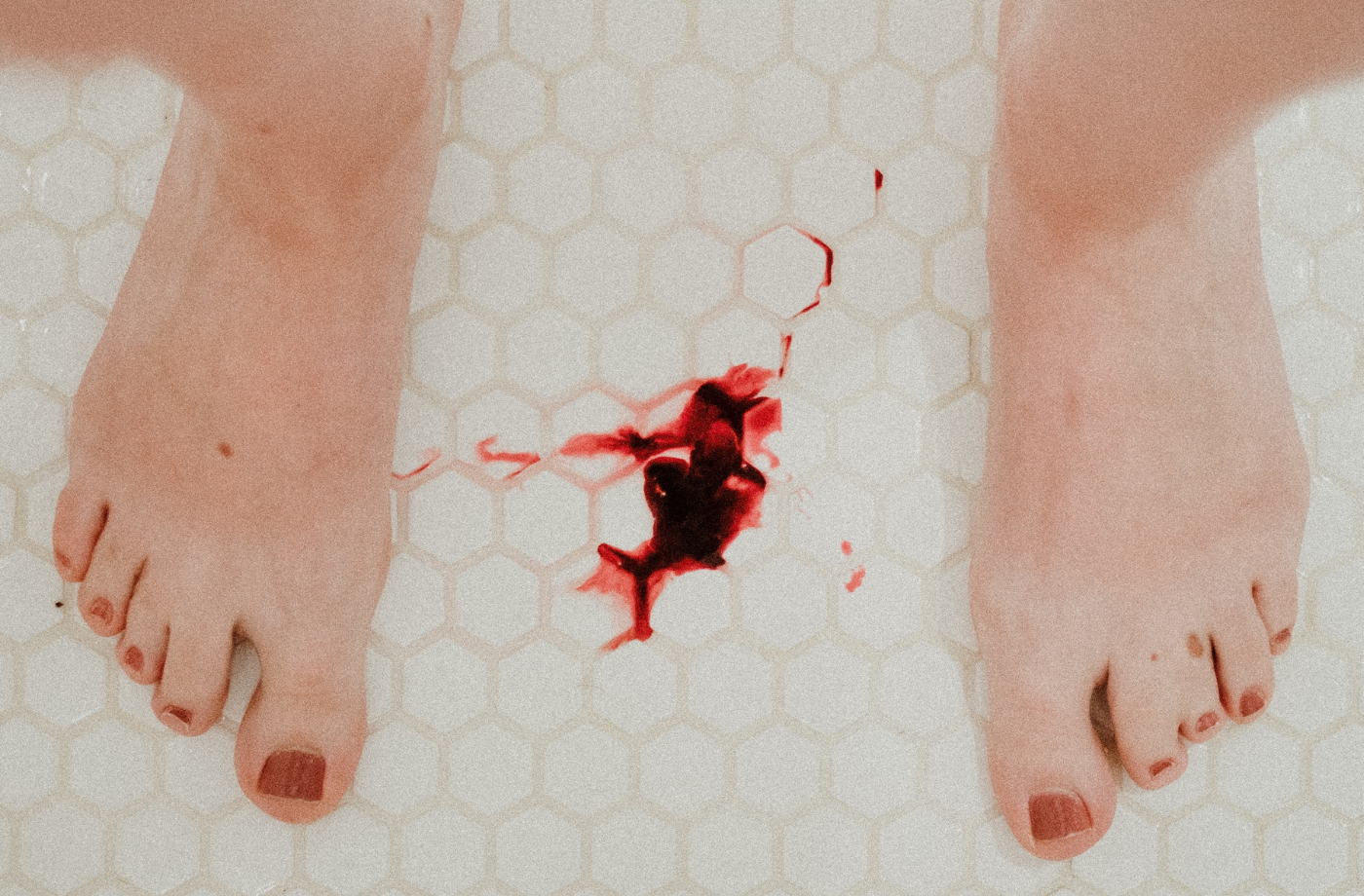 Your sexuality isn’t just about the sexual interactions you have with yourself and others, your menstrual cycle also plays a huge role.

Maybe you remember when, or what, you first learned about the menstrual cycle. Maybe you don’t! One thing’s for sure: we’ve all heard at least one myth about our periods. Some are centuries old, and some you might even still believe. With so much misinformation out there, we don’t blame you, it can be confusing to distinguish truth from fiction.

In this article we’re busting five menstruation myths, from cramping, to the syncing of cycles, so that you can have a better understanding of what’s really going on in your body.

The myth: It’s normal to have debilitating period pain

The truth: We’ve normalized period pain, but we shouldn’t be experiencing pain so severe that we’re unable to do our usual daily activities. It’s normal to feel a little tired, bloated and uncomfortable during your period, but pain so severe it keeps you from doing stuff usually means something’s up.

Pain associated with menstruation is called dysmenorrhea and there are two types; primary and secondary. In the former case, the pain is caused by common menstrual cramps. This is when the muscular wall of the womb contracts, temporarily cutting off the blood – and oxygen – supply. Without oxygen, the tissues in your womb release chemicals that trigger pain. Mild contractions continually occur in your womb, but they're usually so mild that most women cannot feel them.

Some other possible causes of mild period pain include hormonal imbalances or nutrition, although the medical industry can’t agree on why some women have more period pain than others, or how to treat it.

Secondary dysmenorrhea, however, is usually caused by an infection or disorder in the reproductive organs like endometriosis, fibroids, pelvic inflammatory disease and adenomyosis. The pain tends to get worse over time and lasts longer than menstrual cramps.

Additionally, some women with copper IUDs experience worse dysmenorrhea. You may notice a change in your normal pattern of pain if your period pain is linked to a medical condition or a contraceptive IUD. You may also have irregular periods, bleeding between periods, or pain during sex.

Period pain is not to be confused with PMS, a very common condition that affects over 90% of menstruating women. The symptoms include breast pain, constipation, emotional sensitivity, cramping, acne and cravings. It’s also worth noting that some women experience PMS but not dysmenorrhea.

See a physician if you have severe period pain or your normal pattern of periods changes – for example, if your periods become heavier than usual or irregular.

The truth: Menstruation doesn’t smell! If you’re noticing a funky smell, it’s likely coming from the sanitary products you’re using. When the blood is exposed to the air, it oxidizes and mixes with the chemicals in the cotton of your pad or tampon, and there you have it.

If this is something you’re experiencing, don’t worry! There are plenty of options when it comes to period products in this modern age: menstrual cups or discs, period panties, or even reusable cloth pads.

The myth: Your period stops in water

The truth: We don’t know about you, but the myth that your period somehow stops when you’re submerged in water is probably the one we heard most frequently when we first started menstruating.

The truth is, it doesn’t stop when you’re swimming or bathing, it just slows down due to a combination of physics and biology: the buoyant force of the water, and the contraction of blood vessels due to the temperature change. Science!

It goes without saying that it’s not bad for you to take a bath or swim while on your period. Bonus myth-buster: there’s no reason you should skip out on physical activity when you’re menstruating, as it releases endorphins that are natural pain relievers. But, you might consider lowering the intensity if you’re feeling fatigued.

The myth: You shouldn’t have sex on your period

First of all, let go of the idea that period blood is dirty or gross, and remember that it’s a perfectly natural and normal part of us. However, you may already know that, though highly unlikely, it is still possible for you to get pregnant while on your period. Some sperm can live for up to five days in the uterus, so depending on your cycle, there may be an overlap with ovulation.

The myth: Women’s cycles sync with each other

The truth: We’ve often joked about it with friends, but the truth is there is no scientific evidence to show that women’s cycles sync with each other. Your cycle is made up of four phases: the menstrual, pre-ovulatory, ovulatory, and premenstrual phases. It usually lasts 28 to 29 days, but it’s still considered normal and healthy if your cycle lasts 23 to 33 days. Our cycles are affected by our environment and our habits, so if you’re spending a lot of time with someone with a similar routine, it’s likely you’ll have similarities in your cycles.

It’s valuable to note that your period does not define you as a woman. What defines you as a woman is beautifully unique to you. Having a period or not having one is not a symbol of your worth or validity as a woman.

These are just five of the myths that cause women to feel shame about something that’s not only natural, but totally amazing.

Learning about our cycle is not only a wonderful form of self-discovery that allows us to feel more in tune with our sexual wellbeing, it also helps end the shame surrounding menstruation.

For everything you need to know about your cycle, how it affects your desire, period sex and more, check out the Menstrual Cycle collection on the Emjoy app. And remember, having a period or not having a period is not a symbol of your worth or validity as a woman.