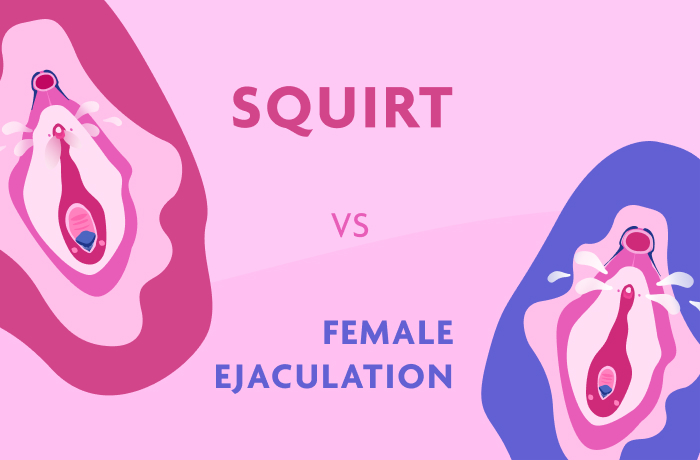 And don’t worry if you still don’t see it and don’t even feel like you ejaculated. The size of the Skene’s glands varies from person to person and the amount of ejaculate released can be so small it’s unnoticeable.

There’s also something called "retrograde ejaculation", which is when instead of exiting the vagina, female ejaculate gets pulled up into the vagina with the contractions of the orgasm.

Can all women squirt?

Having said that, all women have the ability to squirt. For some women it comes as a complete surprise and happens when they aren’t trying to squirt at all. But it’s also normal to find you need some practice to do it.

Discover more about orgasms and the female anatomy

‍How to Touch Yourself: 10 Sex Techniques for Female Orgasm

Vulvas, Vaginas, Clits, and Butts: The Definitive Guide To The Female Anatomy

What's a Blended Orgasm and How Can You Have One?

What’s a blended orgasm and how can you have one? Read on to find out.

Abortion Pills: What You Need to Know

Abortion pills are used in the majority of abortions in the United States. But how do they work? What are the benefits and disadvantages? How much do they cost? And where can you get them? Continue reading to find out.

5 Kinky Sex Ideas to Spice Up Your Sex Life

Check out Emjoy's 5 kinky sex ideas to spice up your sex life today!