Can Vibrators be Bad for You? Advice from a Sex Therapist. 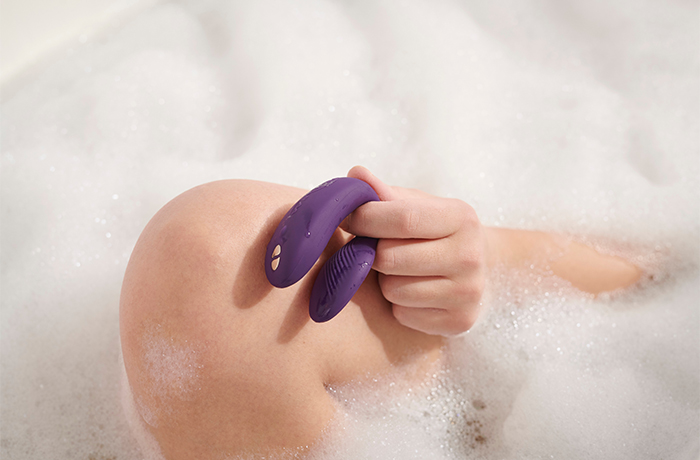 As a practicing sex therapist, this is one of the most frequent fears of people who use vibrators, or even non-users who have heard this rumor. Even though the use of vibrators has become much more socially acceptable, their use is still surrounded by myths and paranoia.

None of this is a problem (if we can call it that, because hello, since when is enjoying something and feeling pleasure a problem?), but what can cause problems is when a person gets stuck in a sexual rut. But what if the same happens with sexual positions or any other facet of a person's sexual life: if I always put myself in the same position because I know that this way I will reach orgasm, should I then stop myself from doing so in case it’s somehow harmful? No, the answer is not prohibiting yourself.

‍And now to address this “anesthesia” worry, or rather, the fear that a toy will make you less sensitive. Again, it’s nothing to worry about. You may experience a little insensitivity immediately after using a toy, but this is only momentary. You just have to let the area rest and everything returns to normal. Don’t believe me? It’s even been studied. The results of an investigation carried out by the University of Indiana speak for themselves: 70% of the women studied did not experience any negative effect on their health or their sex life from using vibrators, and the remaining 30% declared having some infections or minor pain caused by not having good hygiene with the toy (a very important issue that always deserves our attention). In no case did the use of vibrators prove to cause loss of sensitivity. So even if you have two, four or six orgasms in a row with your vibrator, the only thing that will change is your pleasure and so ... Why not?

There is a stigma about vibrators, maybe caused by fear or ignorance. Some people view vibrators as somehow bring unsafe. This probably has more to do with self-esteem than a toy - because a toy isn't a competitor, it's an ally. Toys can introduce new kinds of pleasure that are more difficult to experience without it. In fact, toys greatly help with all manner of sexual dysfunctions, and so as a sex therapist, I often recommend that singletons and couples try to use them. For one thing, it can bring much more pleasure into your lives. And when sex gets more enjoyable, you want to have more of it - so their use can inadvertently increase your sex drive.

So, to conclude: sex toys (made quality controlled materials) are totally harmless and will not cause you to lose sensitivity or cause you problems. The only thing they are going to do is give you orgasms and the freedom to play and innovate.

Discover twelve hot foreplay ideas to heat things up in the bedroom.